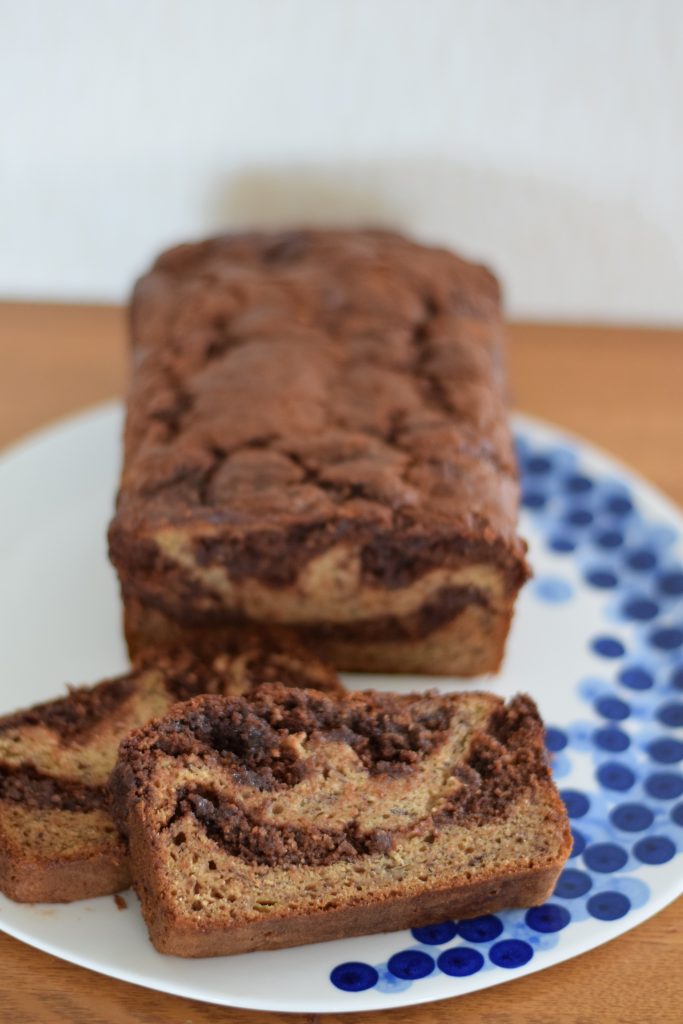 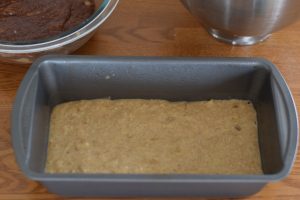 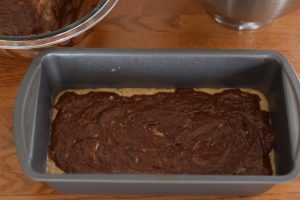 A couple of months ago, when I mentioned that I was going to make banana bread, Colin asked if I could make Nutella banana bread. I wasn’t sure how my go to banana bread would hold up to Nutella, and I’m not one to say no to his baking requests, so I did some research. It turns out, the recipe world is way ahead of us on this brilliant creation, so I had a lot of recipes to choose from. This recipe stood out to me because the Nutella is mixed into half of the batter, rather than just marbled in at the end. After baking, the Nutella portion is chocolatey, moist and evenly dispersed throughout the bread, not sinking to the bottom of the pan like plain Nutella might do. 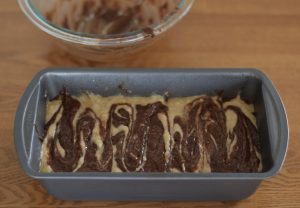 As delicious as the original recipe was, I couldn’t resist changing a few things this time around to make it a little healthier. I love having quick breads to eat for breakfast or a mid-morning snack, but I don’t always like eating something so sweet that it feels like I’m eating dessert. I halved the amount of sugar in the original recipe to bring out the natural sweetness of the bananas. The Nutella adds a lot of sweetness back to the batter as well, which contrasts nicely with the plain banana portion. I swapped out some of the flour for whole wheat flour, just to get a few whole grains in, and added cinnamon and nutmeg since those spices compliment bananas and chocolate so well.

In the end, I came out with a another great, go to banana bread recipe that I can feel a little bit better about eating for breakfast. With something this delicious and easy to make in my recipe book, we may have a lot of “extra” bananas in our fruit bowl from now on.