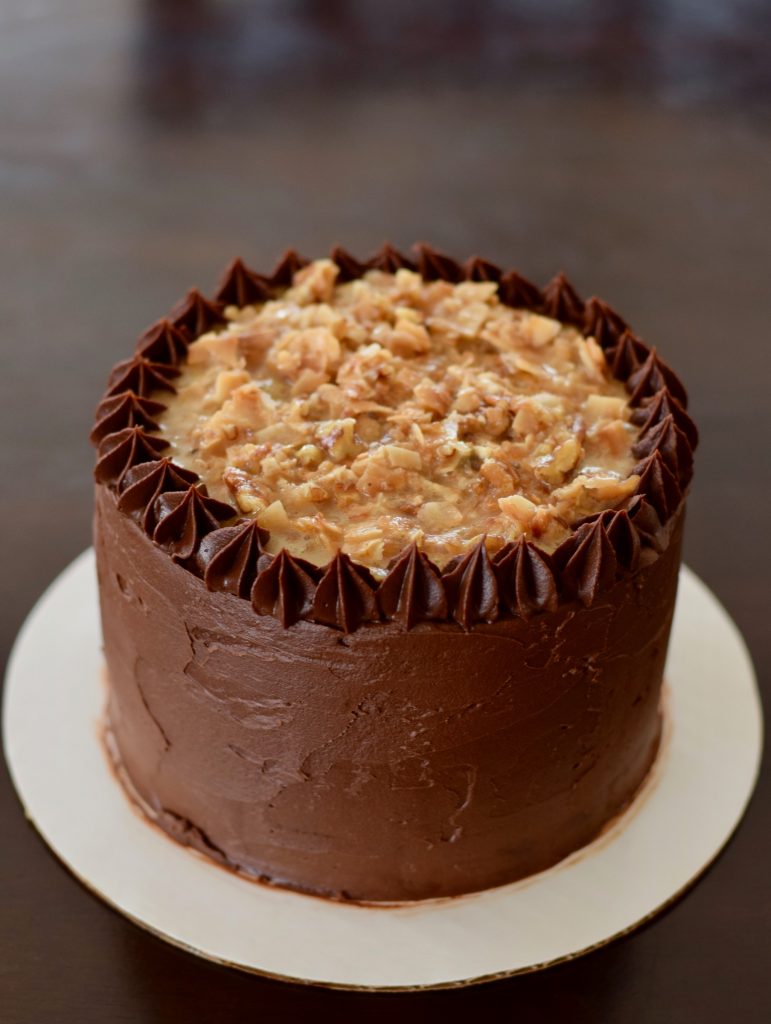 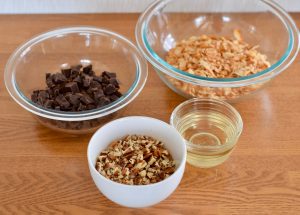 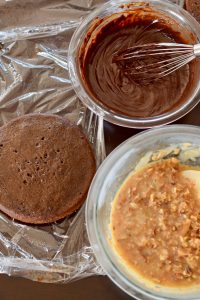 I have to say I was surprised by how much I loved this entire cake. I shouldn’t be surprised, as David Lebovitz is the mastermind behind this particular version and everything I’ve ever made from him is phenomenal. I particularly loved the cake in this recipe. Unlike many oil based chocolate cakes that are rich and fudgy, this cake has a moderate chocolate flavor and is very light and fluffy! The milder chocolate flavor is due to the combination of unsweetened and bittersweet chocolate (aka, German’s chocolate). The airy texture that I loved is created by whipping the egg whites into a meringue and folding them into the batter. It is an extra step but totally worth it! I’ve already made this cake recipe again with a different frosting and loved it just as much. I think it will be my “go-to” for a lighter chocolate cake in the future! 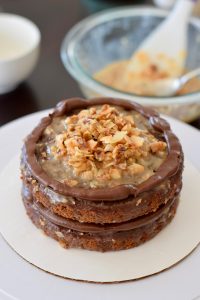 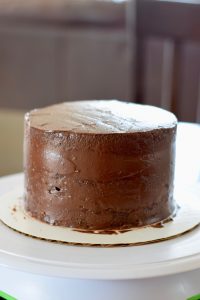 As for the rest of this cake, it is filled with the traditional toasted coconut and pecan filling. Even though the filling is on the sweeter side, it is delicious and the caramel, toasted flavor balances nicely with the light chocolate cake. The whole cake is frosted with a whipped chocolate ganache. In my opinion, chocolate ganache tends tip the scale on richness for me, but this cake is an exception. The ganache adds just the right amount of dark chocolate that some might think is missing from the cake itself. 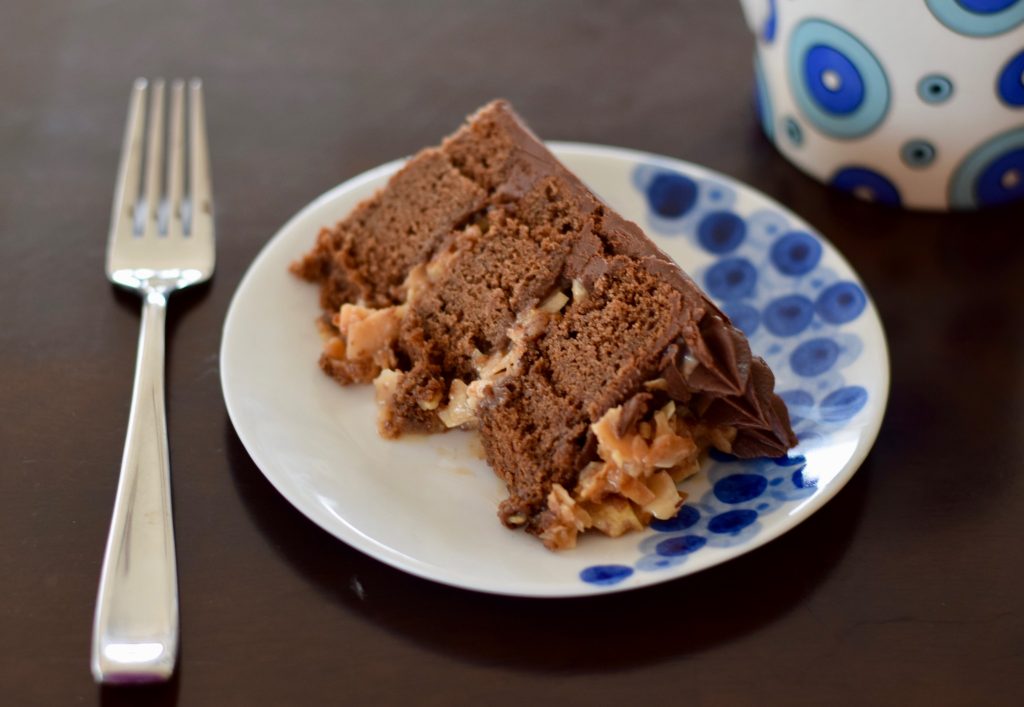 My friend and I were scraping our plates clean after each eating a slice of this cake and I had a hard time sending the rest away with her. Needless to say, I think her birthday cake was a success and I know I’ll be making a lot more German chocolate cake in the future!

For the whipped ganache frosting:

To make the cake:

1. To make this cake a little less of a project, it can easily be split up into parts and assembled the day of. Here's how I usually break it up. Make the rum syrup, filling and ganache two days ahead of time, but do not whip the ganache. Store in air-tight containers in the fridge. Bake the cakes one day in advance. Once completely cooled, wrap tightly with plastic wrap and leave at room temperature. The day of, let the ganache return to room temperature and then whip, according to the directions. If needed, ganache can be warmed in the microwave in 3-5 second bursts, stirring in between, until desired consistency is reached. Follow the assembly instructions, as written.
2. The consistency of my filling was very runny, even after chilling and adding more toasted coconut. Pipping a ganache border around the layers of the cake helped contain it, so if your filling seems runny, I would highly recommend this extra step.
3. Originally, this cake was written to be a 9-inch round, 4 layer cake. I scaled it down to be a 6-inch round, 3 layer cake. If you would prefer the larger version, double everything. The cakes will bake as two, 9-inch layers that will need to be cut in half lengthwise to make 4 layers. The larger cakes should bake for 40-45 minutes in the same temperature oven.
Cake, rum syrup and filling recipes adapted from David Lebovitz. Ganache frosting from The Sweetapolita Bakebook.