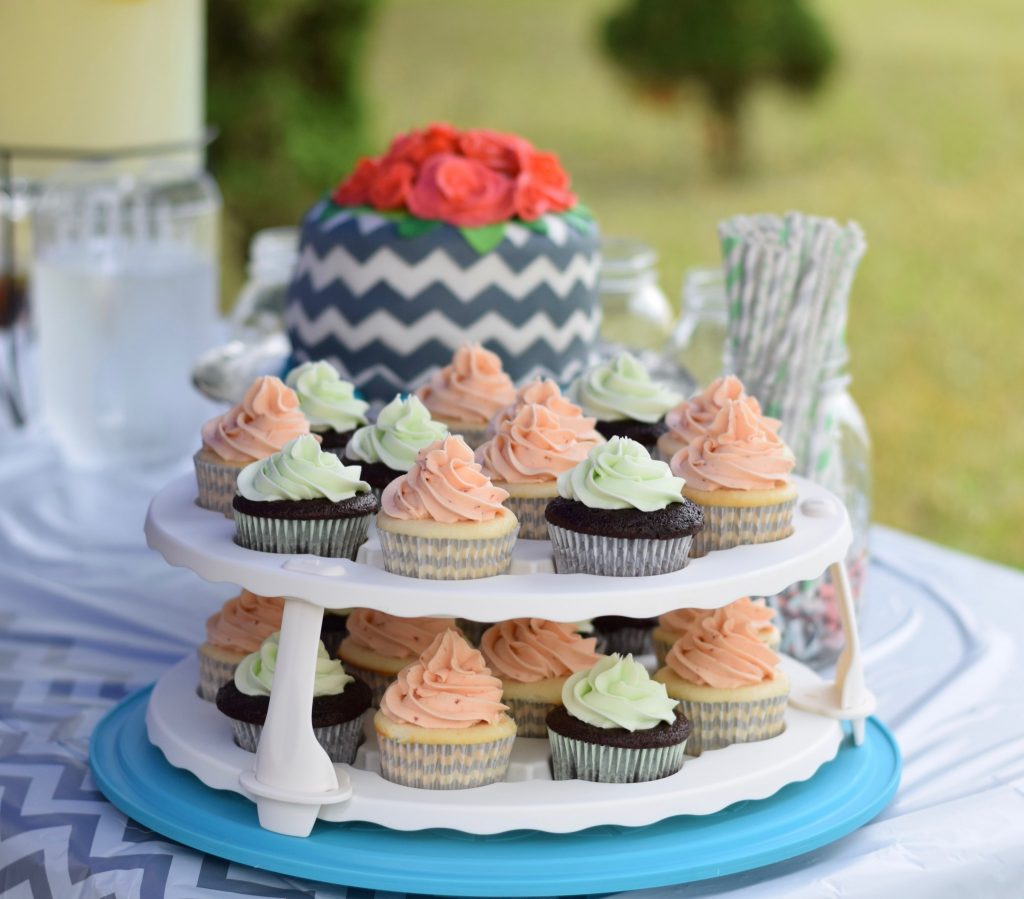 I love cupcakes! That might sound odd coming from a dietitian, but it’s true (I mean, have you read the title of this blog?). It’s pretty much like having a personal cake, except with a higher frosting to cake ratio. And, if you’re like my husband, the more frosting, the better the cake is. That’s not the only reason to love cupcakes though. I think they are faster and easier to make than a cake. Each one is it’s own serving, so I can have a sweet treat without feeling overly full. Plus, the variations of cupcake flavors and frostings are endless, so it’s easy to customize for every person, event or holiday.

This customization came into play a few weeks ago when I co-hosted a baby shower for a dear friend of mine. The shower’s theme colors, mint green and coral, were based off of her nursery colors. I was trying to incorporate the colors for the dessert table (that amazing cake in the back is from my very talented friend, Mindy) so, naturally, we needed a mint dessert. Nothing pairs better with mint than chocolate and so, these cupcakes were created. 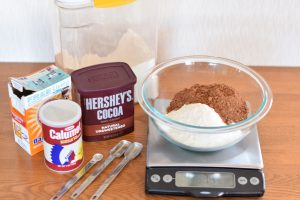 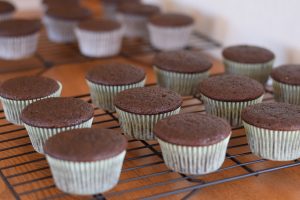 This chocolate cupcake recipe has become my go-to because it has a deep chocolate flavor and is so simple to make. It is an oil-based cake, which makes it very moist, tender and fudgy. Just to make these cupcakes even more indulgent, I added a mint chocolate ganache filling. Biting into these cupcakes and finding a rich chocolate filling is just the best! The frosting is the ever delightful Swiss meringue buttercream, with a hint of mint. I have to admit, I was a little cautious about adding mint to Swiss meringue buttercream because I just couldn’t figure out if I would like the taste. After testing it out on a tiny sample, I learned one thing: I should never doubt Swiss meringue buttercream. Remember those multi-colored dinner mints that you can always find at weddings, country clubs or your grandparent’s house? This frosting is just like those, but somehow, a million times better too! It’s buttery, sweet, minty and has just a hint of vanilla that makes it beyond delicious. It’s the perfect pairing with the chocolate cupcake and ganache! 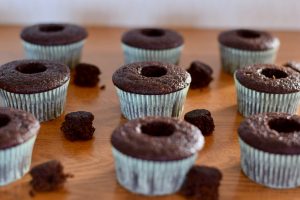 These cupcakes disappeared quickly at the shower and it’s no surprise as to why. They are chocolatey, minty and the perfect few bites of sweet that we all crave. These would be a great treat for the upcoming green-centric St. Patrick’s Day in a few weeks, but if you can’t wait that long, they are just as delicious on a random weekday too! 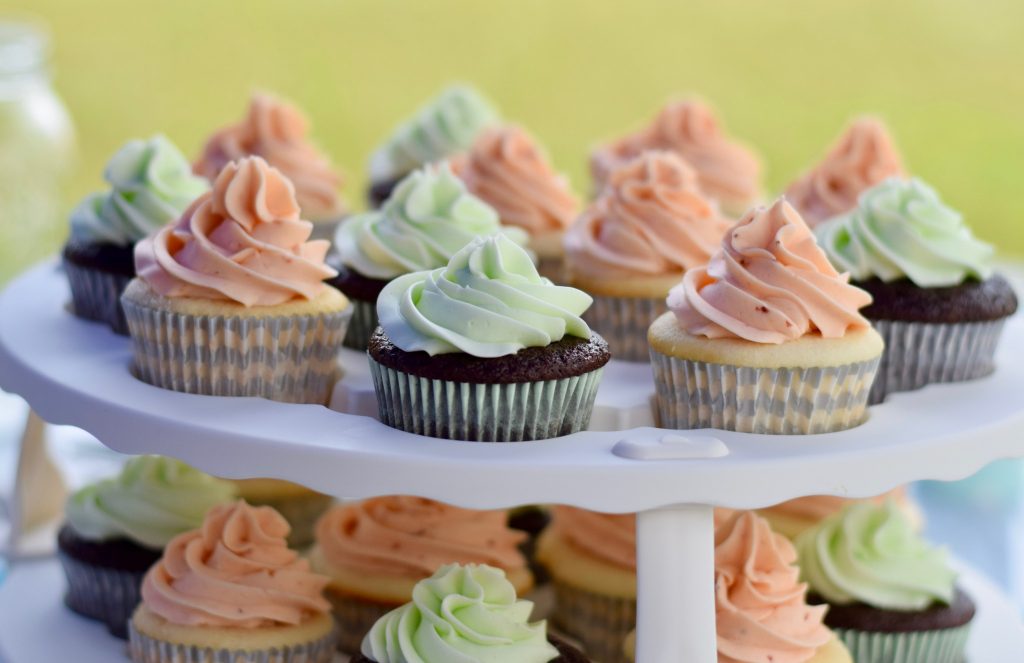 For the Chocolate Cupcakes:

For the Mint Swiss Meringue Buttercream:

To make the Chocolate Cupcakes:

To make the Ganache:

To fill the cupcakes: