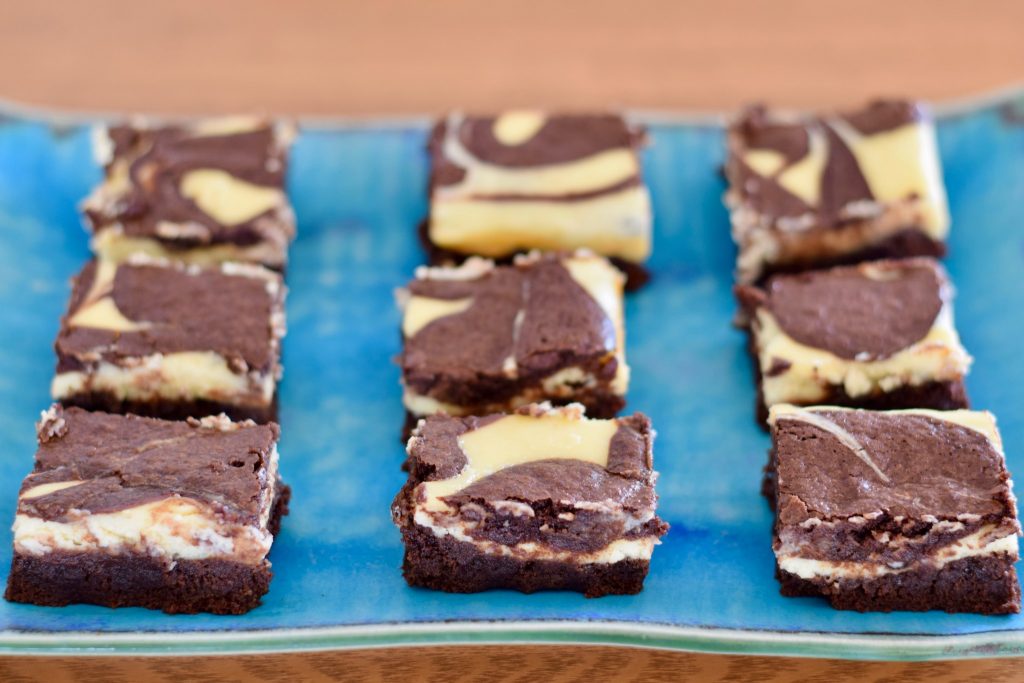 Colin and I frequently attend events that ask us to bring a dish to share. Most people probably dread this, but I love it because it gives me an excuse to bake something deliciously unhealthy, eat one serving and give the rest away. We had to go to one such event the other weekend so, naturally, I decided to bring cream cheese brownies and they turned out so good that I had to share them with you. The inspiration for the brownies came from my mom’s recipe, which, on my recipe card, is very accurately titled “Kim’s Best Brownies.” This is not her recipe, (don’t worry Mom, I’m not giving that away) rather my take on her delicious original. 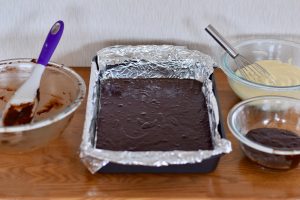 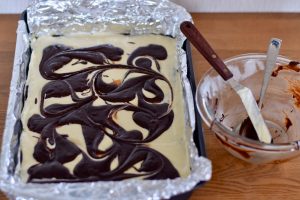 The brownie layer is everything I ever want a brownie to be: thick, fudgy and deeply chocolate in flavor. My mom’s recipe adds almond extract to the brownie layer and, since that is my favorite part, I included it here as well. It gives the brownies an extra layer of flavor (it’s just faint enough that people may wonder exactly what it is that is so delicious) that pairs perfectly with the chocolate. 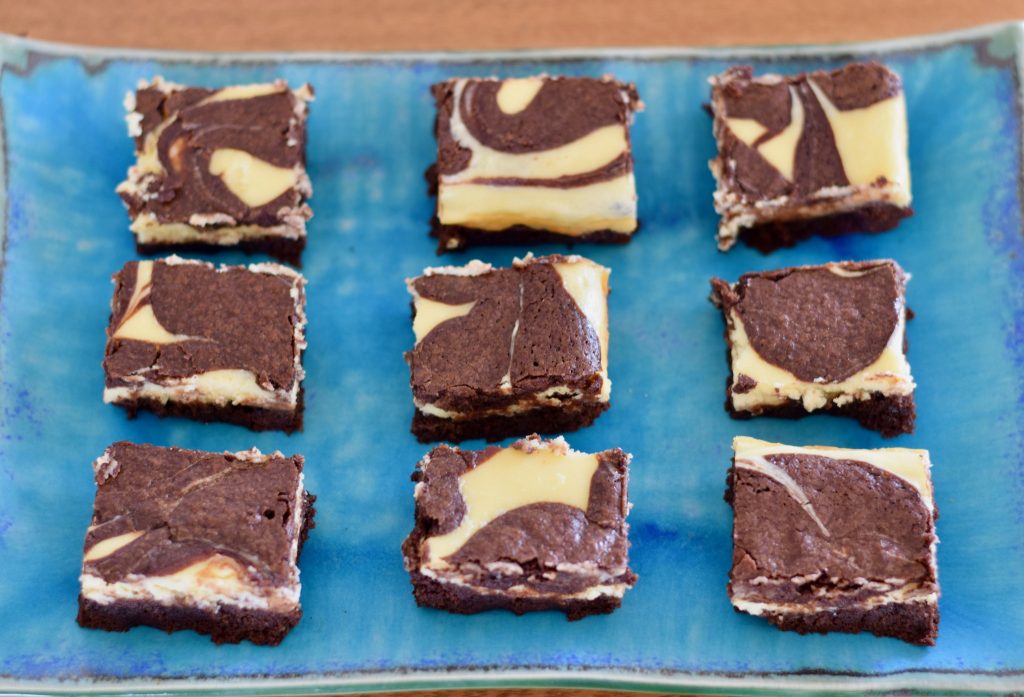 Although my mom’s version of cream cheese brownies will forever be my favorite, these are a pretty close second. Since the tray was wiped entirely clean (I’m not kidding, someone literally asked me if they could steal one of the crumbs as I was carrying the empty tray away), I’d say they were a huge success. Who knows, maybe someday they’ll be well-known enough to be called “Kelsey’s Best Brownies” instead. 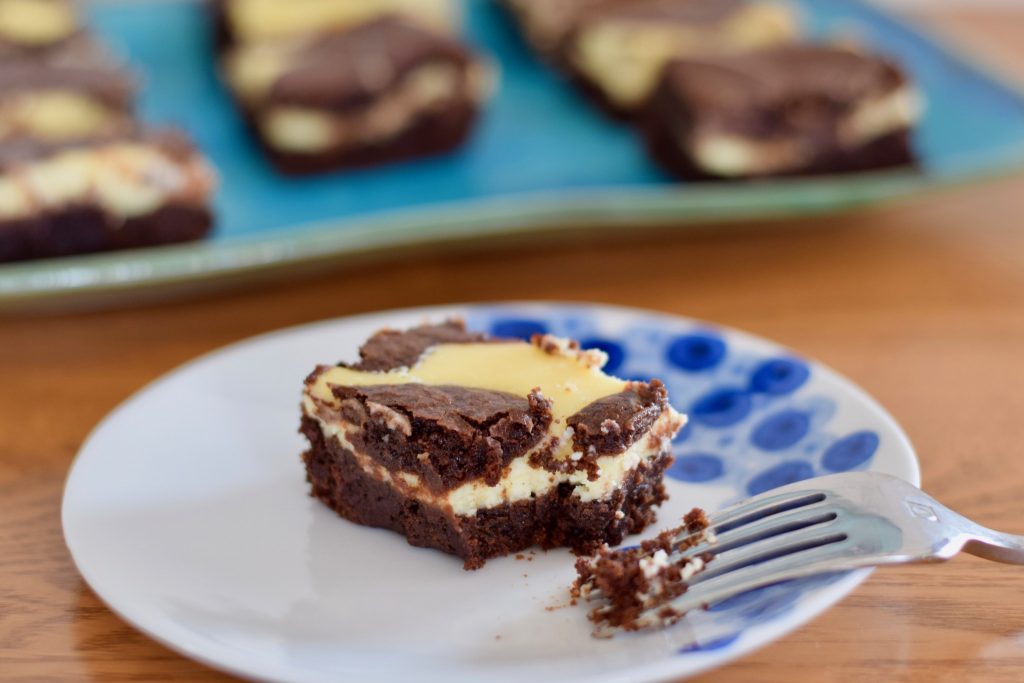 For the Cream Cheese Filling:

For the Brownie Batter:

To make the Cream Cheese Filling:

To make the Brownie Batter: